Edit
watch 02:46
The Quarry - The Loop
Do you like this video?
Play Sound

Pharaoh Akshan, also known as Crocodile or Alligator (By a Civilian), is a Second Sea boss and is slumbering at the Pharaoh's Castle, on the Desert Kingdom. He uses the Suna Suna No Mi and is equipped with the Golden Hook.

His quest's level requirement is 375+.

The moveset section uses Suna's, as the moves the boss will actually use are unconfirmed.

Pharaoh Akshan use a move from both Suna and Golden Hook

Desert Storm - Pharaoh Akshan hurl a sand storm and throw it toward player with insane range, deal total of 200 damage.

Desert Railgun - Pharaoh Akshan create a ball of extremely dense sand which drag player toward it then explode into a large blast, deal 104 damage. 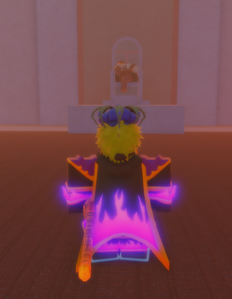 Crocodile's arena with him sitting on his throne.