View source
watch 02:59
Metroid Dread - The Loop
Do you like this video?
Play Sound

The locations below exist in the Sea of Phoeyu (First Sea).

The map below shows where each island is on the map. This has not been updated to Update 4 (can anyone put an updated map please?) 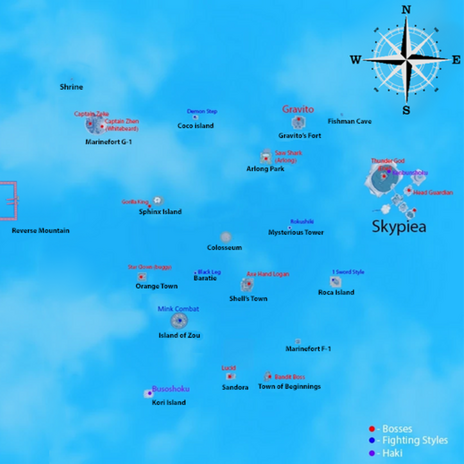 The locations below exist in the Land of the Sky (Skypiea).

The Land of the Sky exists in the same server as the First Sea, and can be found at the top of the Knock-Up Stream.

In a sense, this is heaven.

The locations below exist in the Second Sea (New World). 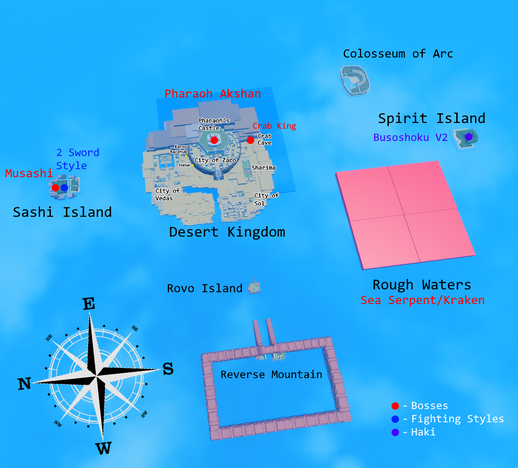 The Second Sea exists in a different server than the First Sea, you can visit the Second Sea by opening the gates at the Reverse Mountain which is somewhere southwest of Marine Base G-1.